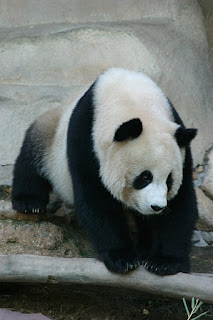 From time to time I write stories for my grandson in which I imagine the conversations that might take place between his two Labradors, Packham and India.  I thought they might be a bit perplexed by all that is going on at the moment, so I thought it would be interesting to hear what they make of it all...

It was the middle of the night, in the kitchen.  Packham and India had been asleep in their crate, despite having the run of the house.  Packham had been having a really fun dream which involved chasing squirrels, although, in his dream, he had just fallen out of a tree, which made him wake up with a start.  He was just really enjoying a spot of vigorous scratching before settling down again, when he realised that India was lying, eyes wide open, staring into the darkness.

“What’s up?”  He asked of his young companion.

“Worried?  What’s there to worry about?” Packham scratched a particularly itchy spot just by his right shoulder.

“Oh, it’s alright for you!  You could sleep if the house was falling down around us!”  India grumbled.

“Dogs need their sleep” Packham stated, “it’s a known fact.  Otherwise, we couldn’t do as much as we do in the daytime”

“Do?  What do you do, apart from eat and chase balls?”

“Very important stuff, all of that” Packham huffed, “someone’s got to do it!  Anyway, what are you worried about?”

“Well, don’t you think it’s strange that no-one’s gone anywhere for ages?”  India sat up and looked hard at Packham, “Dad’s not gone to work, Flynn’s not gone to school and there’s no-one coming here to learn things off Mum.  What’s going on?”

“Ah, that’s it, is it?” Packham settled down by India, “I wondered about that too, then I heard them talking and I know what it’s all about, now”

Packham sat up and adopted the wisest look he could manage.  India thought it made him look as if he was going to be sick, but decided not to tell him.

“Well, it’s all to do with a panda” Packham nodded, sagely.

“It’s a black and white creature, quite big”

“No, no” Packham shook his head, furiously and a cloud of bits of dog biscuit and old fur filled the crate.  “They’re cows!  These are fluffier.  Like bears”

“Yes, well imagine one of them only black and white and about Dad’s size”

“Ooh, scary!”  India shuddered “What’s this got to do with no-one going anywhere?”

“Why would he do that?”  India wondered.

“I dunno” Packham shrugged his shoulders, which isn’t easy when you’re a Labrador, “he just does.  So no-one’s going out in case they meet this panda”

“Oh, right” India didn’t sound convinced, “but what about when people come here.  Why do they stand so far away?  I mean, you can’t lick them, get them to stroke you, play with you or anything!”

“This panda” Packham knew that he wasn’t absolutely sure what he was talking about, but he certainly wasn’t going to let India know that.

“The panda’s invisible, so that means that everyone has to stand far apart?”

“Yes” Packham said, uncertainly, “because you might have the panda with you and not know anything about it”

“Sounds weird to me” India shook her head.

“So, what are they doing about it?  I mean, don’t get me wrong, it’s great having everyone home and everything…”

“Of course it is. I’ve never played so much in all my life!  I think it’s brilliant” Packham grinned.

“But we can’t all stay in, all the time, just because of this invisible panda, can we?”

“Well, it’s just not right, is it?  Surely somebody’s got to do something”

“I’ve heard…” Packham looked around the room, as if he was about to tell a great secret and didn’t want anyone else to hear it, “I’ve heard they’re coming up with a vacuum!”  He said, importantly.

“A vacuum?  What, like Mum uses on the furniture?  How’s that going to help?”

“Look, I’m just a Labrador!  They don’t tell me everything!  Maybe…” Packham frowned and thought really hard, “maybe they’re going to get this HUGE vacuum and it will suck up all the air and, sooner or later, they’re bound to suck up the invisible panda, and that will be that!”  Packham was quite pleased with that answer and wagged his tail, triumphantly.

“I’m not sure you’ve got that right” India said, quietly as she rested her head between her front paws.

“Huh!” Packham replied, indignantly, “how would you know?  You’re just a pup!  I’m the oldest and the wisest dog around here”

“Yeah, right!”  India giggled, “well, I’m going to sleep, whether there’s an invisible panda, or not”

“I WAS asleep until you started going on” Packham grumbled.

India drifted off to sleep, and dreamed of chasing after giant pandas carrying vacuum cleaners.  Packham went back to chasing squirrels but tried not to fall out of the tree, this time.

You can find a lot more of these stories about Packham and India in the new collection 'Animal Turns' available in paperback and Kindle editions.  All profits from the sale of this book go to support the work of TURN Education C.I.C..  To find out more about TURN (and the roles of Packham and India) please follow this link:
www.turneducation.co.uk
Posted by Philip Whiteland at 07:01 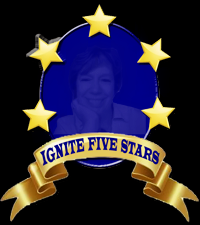